Whats up with Yahoo!? 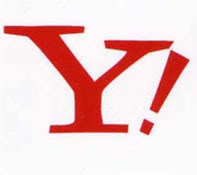 A few months ago, I blogged about Yahoo! shutting down its Kisckstart service.
Well, off lately Yahoo! has been shutting down a whole lot of its services most notably Yahoo! 360 - soon in July 2009.

The other common services of Yahoo! that shutdown were :


Yahoo! may not be dying, but its definitely try to recover its No.1 position it had a decade-and-a-half ago.

I met the product manager who oversaw the whole geocities shutdown. You might know him as well Ashish Sinha of the pluggd.in fame.

Interesting chap and geocities was shut down because it was costing Y! too much to maintain such old legacy systems!!